Following my Jupiter explorations, I have been prompted by recent sightings to venture this week on a different, but no less inter-galactic, adventure. 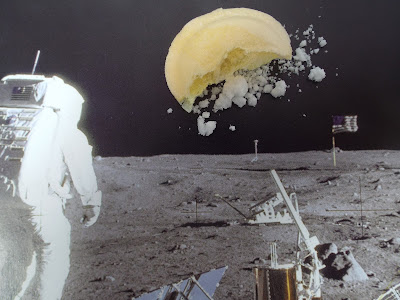 My father was a salesman, and throughout my childhood sold sweets to shops across West Yorkshire, sometimes taking me along, the back seat of the car stuffed with boxes of Mars Bars and jelly babies. The recipient of many prizes for selling more sweets than anybody else, my dad was always happiest when "on the road", and to have a father employed in such a fantastical job as traveling around flogging wine gums seemed at once magical and completely normal, as did the jumbles of Easter Eggs in our house from January or February, the gums and jellies accompanying the sandwiches in my school lunch box, and the bags and boxes of goodies he would bring home from the warehouse after trade fairs and advance deliveries of new lines.  A long time ago I wrote a poem about these "free samples", and despite receiving an affectionate response at readings, it has to date never found a home in publication.  But I have decided to publish the poem here, having spent much of the last week or so thinking back to those sweet-remembered days - all because of a flying saucer. 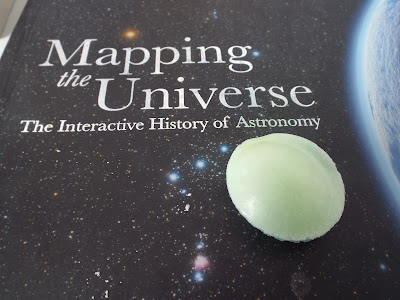 Oddly enough, flying saucers were never among my dad's swag, I knew them from school tuck shops - these being the days when it was not seen as remotely untoward for the education authorities to stuff their charges full of sugar - and playgrounds, but when several of them turned up among a bag of sweets behind the counter I was working at, it did not take me long to claim my share.  Immediately, the contrast of flimsy rice paper and tartaric tang stung me with nostalgia.  A few years ago, these strange sweets - which are like a cross between communion wafer and a sherbet fountain - were found to be Britain's favourite confectionary, and it is hard to believe that they have only been around since the 1950's - though less surprising when one thinks of the prominence in that decade for space-age comics and the emergence of space-related toys.  I remember them as perhaps the best example of that strange, indefinable line of childhood between innocent pleasure and otherworldly devilment: dodgy deals with sweets passing hands, the swapping of forbidden pleasures.

like plasma-varnished stars
floating through space, sailing
through light-years of loneliness. 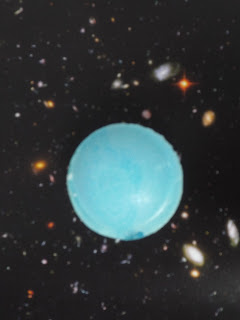 The secret ingredient of the flying saucer is, as described above, sherbet - a truly unique confection which always seemed like a dazzling treat in my childhood. In a classification all of its own, this strange, powdery substance, which I have no doubt floated down to earth from the recesses of some other solar system, is the stuff of dreams. 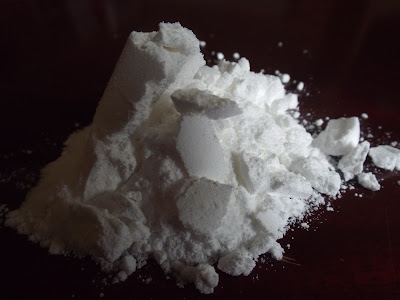 My father tells a story about how, on visits to the local dental surgery, the dentist would force him to watch a polo mint dissolving in fizzy water.  Only once the defenceless peppermint hoop completely wasted away would the older man turn to my father and break the silence.  "That," he would say menacingly, "is what people like you are doing to children's teeth."  To which my father would invariably respond that were it not for people like him, the dentist himself would be out of a job.  That was in the 1980's, when dentists still had time to talk to patients, and it is true that in the succeeding years the sight of confectionary has grown ever scarcer on the shop shelves, just like the existence of the shops themselves - local grocers, village stores, newsagents and even specialist sweet shops.  I still seek out the same old (vegetarian) favourites, and my childhood memories are, if the pun can be forgiven, all the sweeter for the presence of confectionary. Debates about the pros and cons of sugary sweets persist, but my own associations with them have been entirely positive, notwithstanding any negative press the industry may receive. It is also worth recalling that, for all the many sweets I no doubt gobbled, the same dentist often remarked that my own teeth were "the whitest teeth in Leeds."  There is clearly much to be said for a good session of tooth-brushing.

One day, they'll be onto us,
the Jelly Babies,

the dusty-skinned,
podgy blobbies,
fixed grins etched
into smirky,
sly-eyed faces,
peering over
from the back of the shelves.

One night, while we sleep,
naively oblivious,
they will creep at the gates,
hack at the doors,
wield jelly knives
and jelly pick-axes,
chubbily bumbling
into living rooms and kitchens,
upturning pans,
smashing clocks
and knocking pictures off the wall.

Lilliputian armies will advance,
massing on the valleys
and swelling into towns,
bloated bullies laughing manically
as they deface monuments,
slap down aldermen,
poke old ladies in the eyes

all the while waiting
for the great Jelly Baby in the sky
to drown us in a sea of sugar,
where we will sizzle, groan, inflate
and burst.
And all that will be found of us,
floating in the starchy, syrupy sea
will be our blackened, rotted teeth. 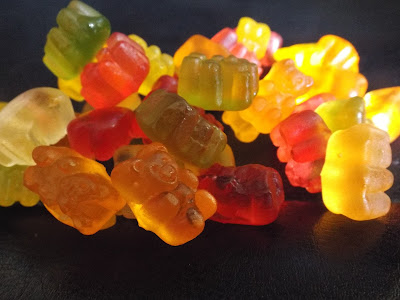 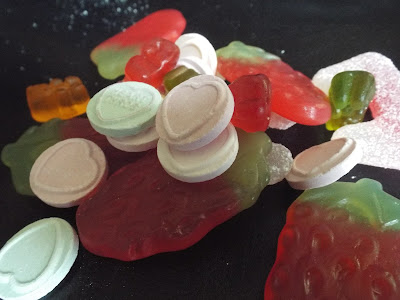 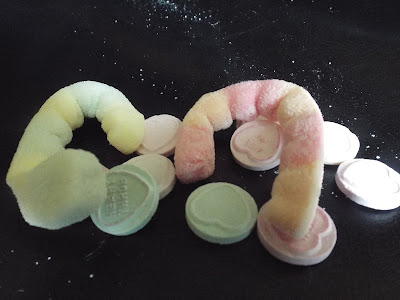 Often, on a Friday night,
my father brought free samples.

Bag upon bag,
tube after tube
of fizzbombs, blackjacks,
long and sticky strips of chewy tooth-rot,
sherbet dips, those necklaces
that made it feel like you were biting into stone,
candy cigarettes that minted up the mouth,
chocolates of every variety.


Posted by Caterpillar Poetry at 23:43