Walking home form the Cenotaph at Crow Wood Park yesterday, I thought of the War Poets, and some of the lesser known poets of the period also came to mind. At home, I leafed through an anthology of First World War poetry, and was reminded of Alice Meynell (1847 - 1922), whose Summer in England, 1914, depicts with a chillingly deceptive calmness the last days of a fading innocence:

On London fell a clearer light;
Caressing pencils of the sun
Defined the distances, the white
Houses transfigured one by one,
The 'long, unlovely street' impearled.
O what a sky has walked the world!

In the second stanza, the poet's gaze is drawn from urban calm to a rural scene woven with pastoral motifs, evoking images of another England, in language reminiscent of Herrick, Crabbe, or even Clare:

Most happy year! And out of town
The hay was prosperous, and the wheat;
The silken harvest climbed the down:
Moon after moon was heavenly-sweet,
Stroking the bread within the sheaves,
Looking 'twixt apples and their leaves.

Before contrasting this prelapsarian serenity with the horrors of a war gradually unfolding:


And while this rose made round her cup,
The armies died convulsed. And when
This chaste young silver sun went up
Softly, a thousand shattered men,
One wet corruption, heaped the plain,
After a league-long throb of pain.

Alice Meynell, born to wealthy parents in Barnes, South London, and brought up in various countries around Europe, is one of those poets I turn to only occasionally, and even then only to tease out rare exceptions to her rhyme-bound rules.  In keeping with much poetry of its period, her pre-WW1 works in particular always strike me as conventional and unexciting, and mainly serve as a vehicle for her Catholic faith.  But, as in Summer in England, the poet was also capable of an elegant use of contrasts, and a great skill for personification, such as when she has the Moon address the Sun, the Day to the Night, or even A Letter from a Girl to her own old Age:


The rhymes could sometimes be ironic, or ingenious - to twin smog-spouting British factories with Mediterranean skies, as in the following lines in praise of a clear English breeze, is little short of sarcasm:

Unsmirched incredibly and clean,
Between the towns and factories,
Avoiding, has his long flight been,
Bringing a sky like Sicily’s 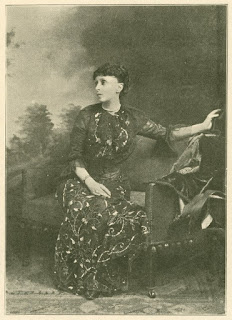 As a poet of contrasts and unlikely evocations, Alice Meynell deserves renewed recognition.  She is also highly deserving of praise for her uncanny ability to draw out the lesser noticed, and her occupation of the shadows between things:

Marrying the publisher Wilfred Meynell, the poet became an outspoken opponent of Colonial oppression, and a champion of suffrage and progressive causes.  The Meynells'  if not bohemian, then certainly liberal, household at 47 Palace Court, Bayswater, was a hub of artistic activity.  Alice's daughter, poet and novelist Viola Meynell, was an early promoter of DH Lawrence, and the family were friends and supporters of the tragic English poet Francis Thompson.  Her mother died on November 27th, 1922, and is buried at Kensall Rise Cemetery.  She remains an important English voice of the inter-war period, and is a writer I turn to at rare but salient moments of reflection - as much for the refreshing honesty and unapologetic nihilism which creep their way into her poetry as for her poems' ornateness, qualities which seem painfully resonant with the social and political morbidity coming to characterize our own time. 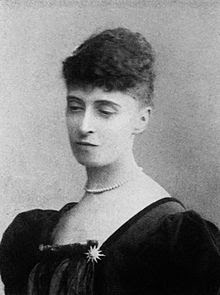 Posted by Caterpillar Poetry at 23:10