Although I have lived in my current flat for nearly four years, I have never really fully "unpacked", and find myself still sifting through boxes and bags of disparate books, notepads and scribblings, sometimes containing long-forgotten poetry.  I was sorting through my kitchen recently when I came across a sequence of haiku-like poems all revolving around one particular subject: 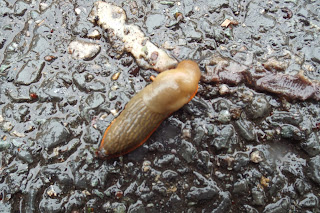 On my finger
the chill of slug,
summer has begun

The period was the summer of 2010, when I was collating, and still writing, the poems which would go into my 2013 collection Little Creatures: Poems of Insects, Small Mammals and Micro-organisms, and the scene, as I recall, was the University of Manchester, where I was sequestered for the day at a training course for my then job at the Leeds Music Library, which perhaps explains the imagery in the first piece:

Black keys on the piano

of our garden,
the speechless slugs 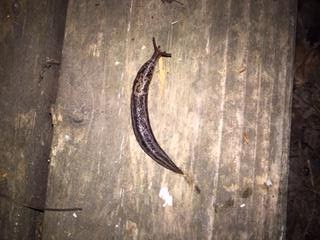 While this poem, with its rather racy evocations of gastropodal romance, could almost have been taken from my poem Slug Sex, from Little Creatures: 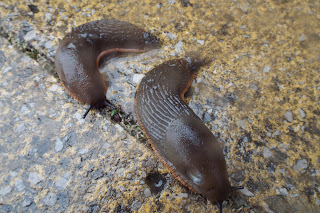 I reproduce the remainder below, in the sequential order into which they have assembled themselves in my mind, the poems being unlikely to find sufficient thematic parity with any other group to warrant their inclusion in a future collection.
The night light beams
upon a concrete multiplicity
of slugs and snails

Like congealing cigars
the slugs, seed eyes
illume the night

By the toadflax
the solitary slug -
do you feel lonely? 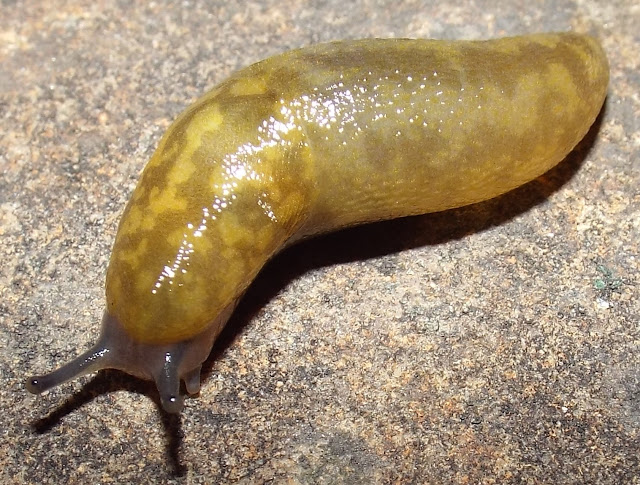 Posted by Caterpillar Poetry at 23:52