Turn the Page is a bi-monthly spoken word event which takes place at The Book Corner (https://bookcornerhalifax.com/) in the Halifax Piece Hall, hosted by Katie Atkinson and Katie Ashwood, and this month, for the first time, the readings had a common theme, the Brontës. I had suggested this theme a few months ago, and attended with my camera to capture some images of the evening. The videos I took can be found on my Youtube channel -
https://www.youtube.com/channel/UCz-mwhbWisTCpRKN335x4pA

I have added below some of the defining images of the night.

Michael Greavy with one of his poems about the Brontës:

In thoughtful mood, Keiron Higgins delivers poetry by the Brontës :


A few snapshots of Kevin's reading: 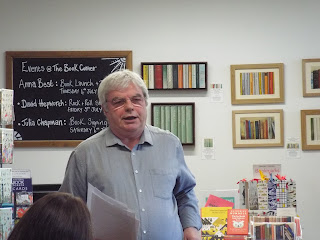 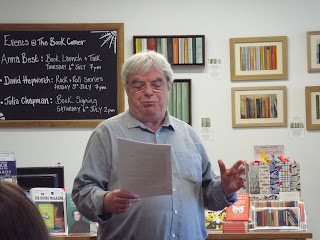 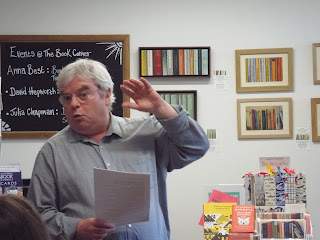 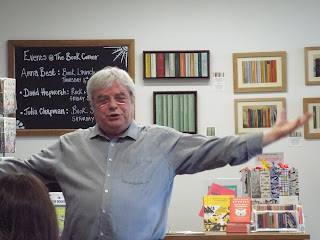 We were joined by Lexi Tattersall, who performed her own song about Branwell Brontë, which she had written specially for the event: 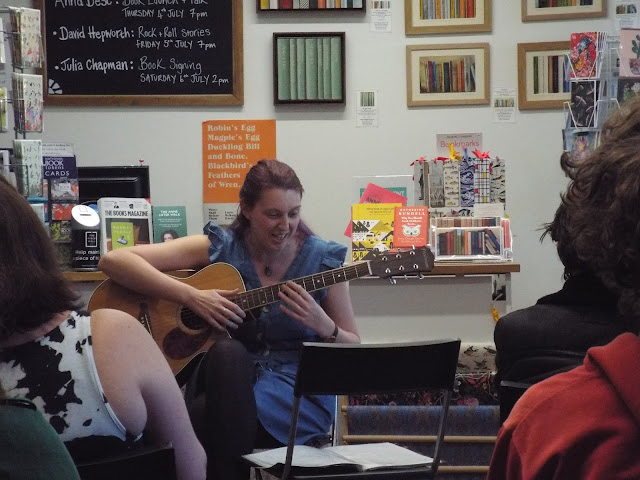 Luella read a poem composed of lines from Wuthering Heights: 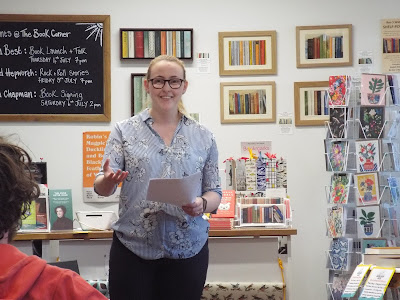 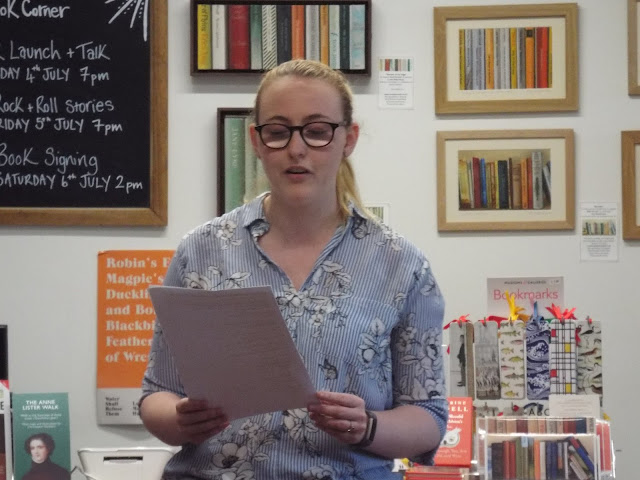 which was warmly appreciated by Lexi's dog: 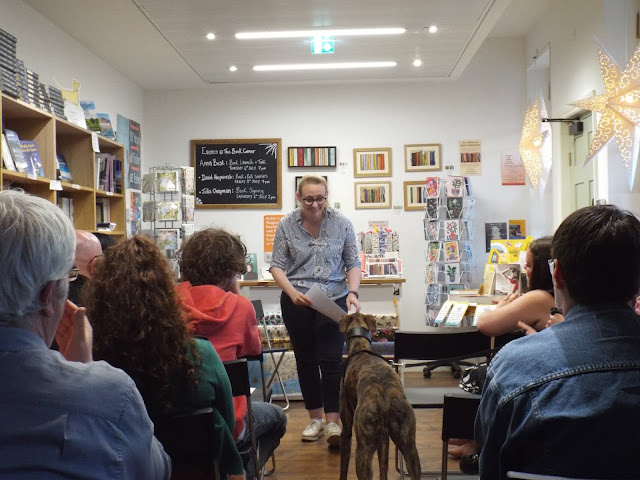 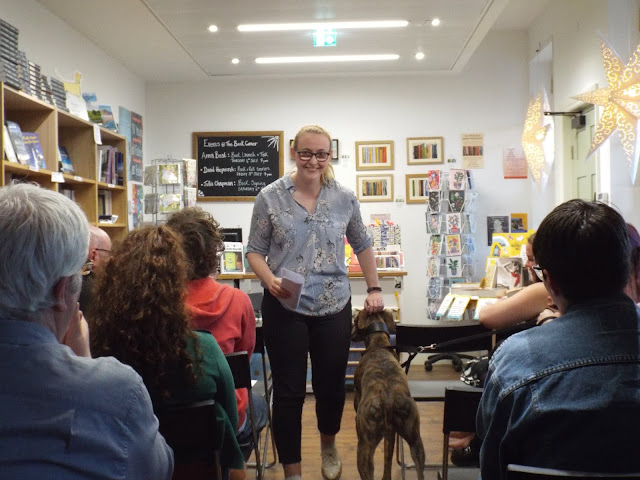 As indeed were efforts by several other readers: 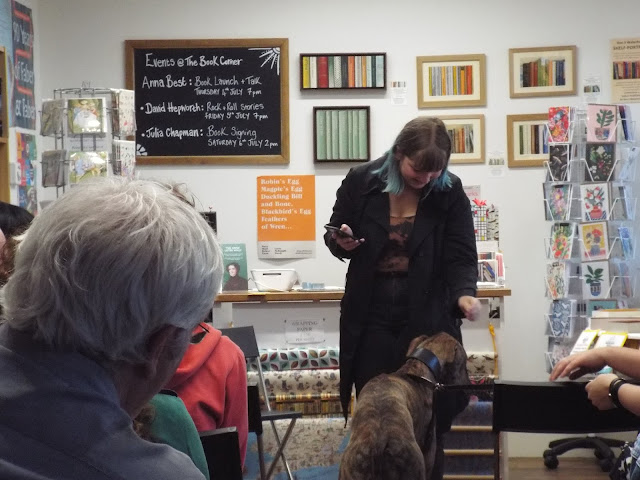 Michael Thornton paid homage to Branwell's chemically-prolific past with a tale of his own decadent youth - though with sherbet fountains as his poison: 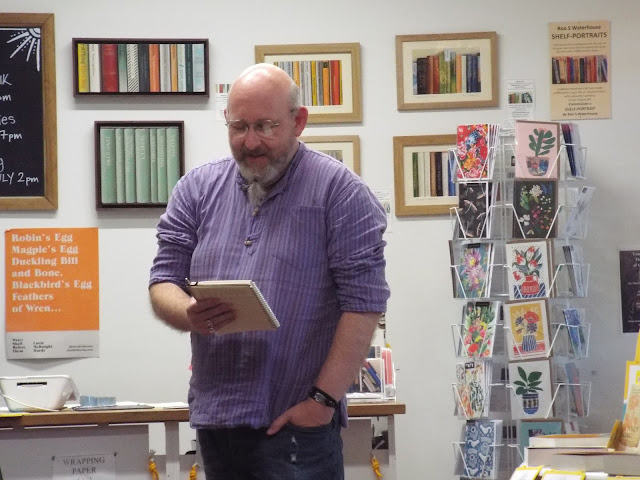 While Oliver Standring approached the theme through heartfelt descriptions of the Haworth skyline and horizons, remembered from visiting the town with a loved one: 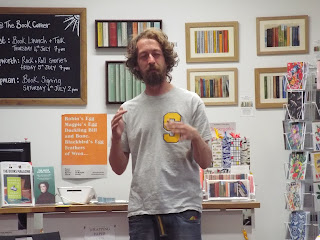 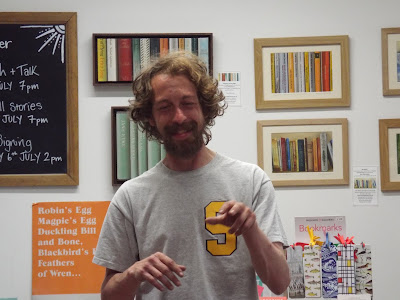 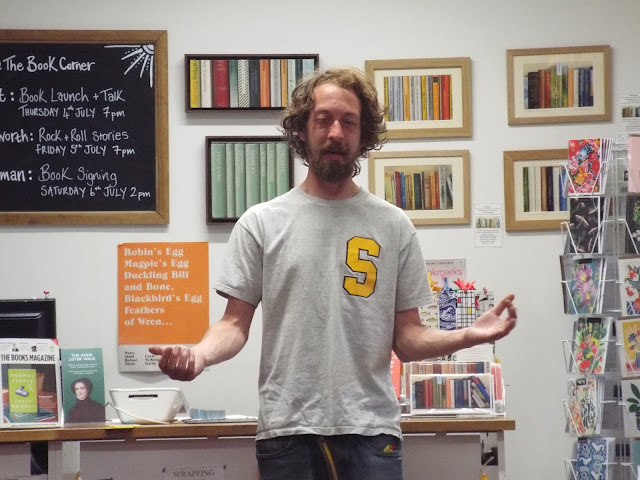 And we were treated to  Nick Steel's observations of the Brontës' legacies - including his invitation for a drink with Branwell: 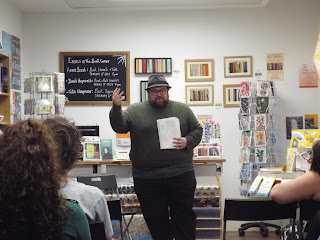 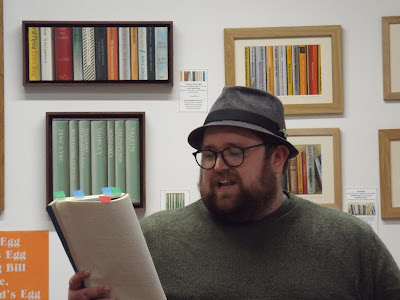 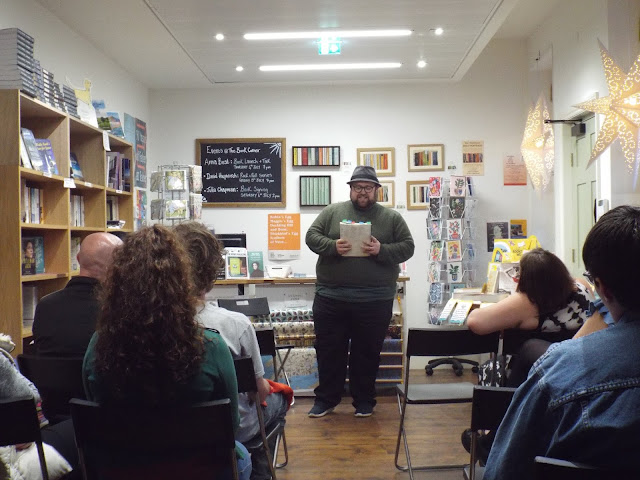 A few random shots from the evening: 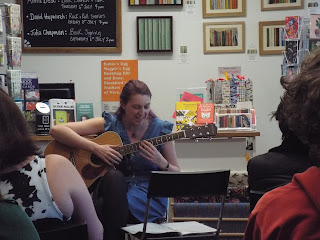 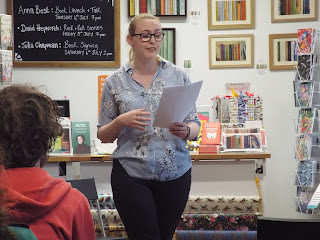 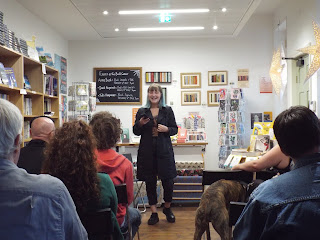 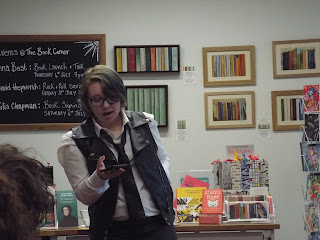 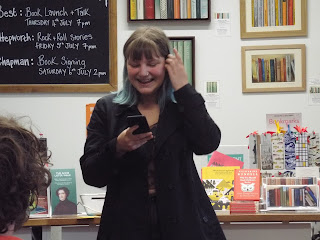 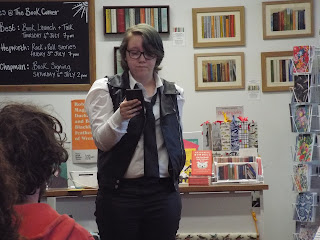 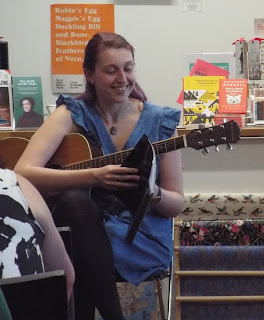 And the star of the show: 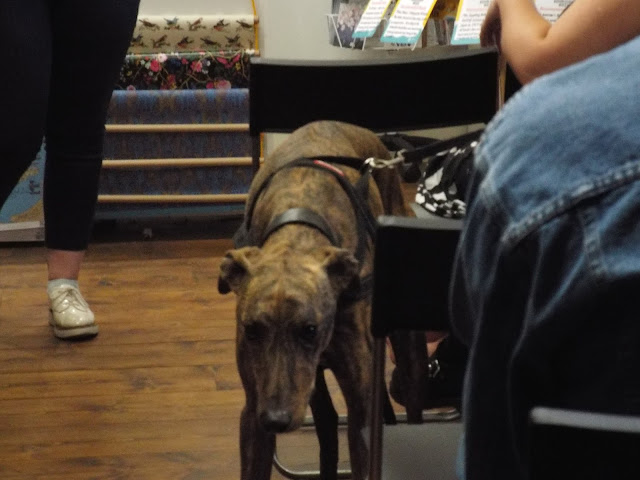 Posted by Caterpillar Poetry at 20:30