Some of my family were Romanian Jews, of whom records exist up until the 1930's and then evaporate.  The reasons for this are fairly obvious, and the history of the Jews in Romania is not a happy one, but of late I have begun to delve into the country's history and culture, and found much to embrace.  I am a newcomer to the poetry of Romania, but in all the anthologies and websites I have read, one name keeps resurfacing, of a poet whose work, translated by Paul Scott Derrick and Viorica Patea, impresses and affects me profoundly - Ana Blandiana.

I've never been self-sufficient, I know.
Always in the air, hanging – like a fruit from
Its tree, like an arrow from a bended bow,
Like a word from its etymology.
That sense I had, when I dreamed what I would be
Before I came to earth, altered long ago
Into hope forgotten 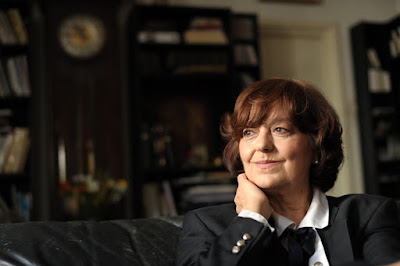 Ana Blandiana was born Otilia Valeria Coman, taking the name Blandiana in honour of her mother's home village, and would become a librarian at the Institute of Fine Arts in Bucharest.  The daughter of a priest and an accountant, she was a critic of her country's Communist regime, her father having been imprisoned and dying only a few days after his release.  Interviewed 14 years ago by Naomi Frandzen of Georgetown University, Washington DC for the website Lingua Romana, the poet would explain:

Because he was a priest and because he held sermons that a lot of people came to, he was locked up on a number of occasions. My whole childhood was spent in this atmosphere. At any given moment my father was either in prison or we were waiting for him to be locked up, but our family wasn’t the only one that this happened to. It was pretty common for priests to have their bags packed and have warm clothes prepared in case he was arrested.

An apolitical poet by nature, Ana Blandiana was compelled by circumstance to focus on her position as a poet within a repressive State, and much of her work reflects the bureaucratic brutality and dehumanizing nature of her country under Communism.  The brilliant Totul lampoons the self-important paternalism of Ceausescu, the word "Totul" meaning "Everything," - a word the dictator used frequently in his speeches.  Published appropriately in 1984, Totul presents a stark inventory of everyday items and sights supposedly on offer in Communist Romanian, contrasting with the meager shabbiness of the reality.  Within hours of the poem's publication in the literary journal Amfitreatu, the edition in which it featured was withdrawn from sale under government instructions, and its editors removed from their posts.


Each line has specific resonance to the contemporary situation too manifold to extrapolate on here, but despite its suppression by the Romanian authorities, translations did appear in print around the world, affording a certain underground, even cult status for the poem, including in its native land.


A more narrative driven, if surreal, exposure comes in the form of the chilling Selection, with scenes painfully reminiscent of the Holocaust:

Those who have no wings
Bustle round the cloakroom to collect them.
Those who do have wings
Very carefully zip them up.
In the present conditions
It’s hard to know
Who will be able to fly
When the moment comes,
When the earth
Opens up
To carry out both a tardy
And useless selection.

While the poem Each Move depicts the poet's predicament in the context of living under a censorious regime, in Kafkaesque, Orwellian language and nightmarish visions of surveillance and self-censorship:

Each of my moves
Is seen
Simultaneously in many mirrors,
Each look I take
Meets with itself
Several times,

Until
I forget which is
The true one,
And who
Mocks me.
But Ana Blandiana's poetry was aimed against the regime in more colourful ways also, at times segueing into a rebuttal of social restrictions by celebrating natural freedom. In a 2011 piece for Mascara literary journal, Daria Florea, describes how:

Her early work and the poetry written after the 1989 revolution are characterised by nature and emotion as pure expressions of life. It resembles the youthful preoccupation with love, self discovery and romanticism in cultural desert produced by oppression and lack of freedom of speech. “Rain Chant” celebrates youth as it compares sexuality with nature:

I am the most beautiful woman because it’s raining


And I look good with rain’s locks in my hair.
I am the most beautiful woman because it’s windy,
And the dress desperately struggles to cover my knees. 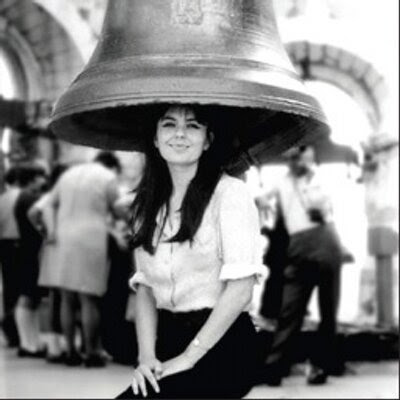 At times, the warmth and humour veer into dry wit:

I believe that we are a botanic nation

Otherwise, where do we get this calmness


In which we await the shedding of our leaves?
(From I Believe)

...and elsewhere there are flashes of self-realization, as the poet herself becomes the subject of the poem.   Commenting on the compliments she has begun to receive, the author depicts the situation as if the comments related to her attire, whereupon she confides in the reader:

...my poems aren’t my clothes,
But my bones –
Painfully extracted
And placed around my flesh like a shell,
Following the example of tortoises
That manage to survive that way
For long and unhappy
Centuries. 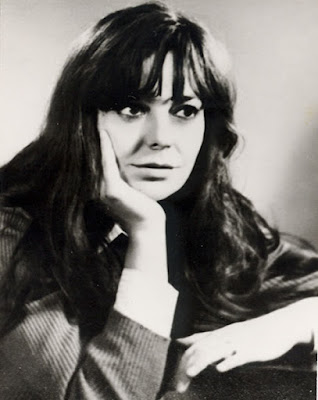 Ana Blandiana has been the recipient of many literary awards, including the Poetry Award from the Romanian Writers Union (1969), the Writers Union Award for Children’s Literature (1980), the Gottfried Von Herder Award (1982) and the Mihai Eminescu National Award for Poetry (1997), and has just won a Lifetime Recognition Award from the Griffin Trust for Excellence in Poetry - a magnificent profusion of acclaim for a writer who was officially banned from publishing by her own government for three separate periods, and who once believed that she would inevitably be outlived by Ceausescu.  Participating in the December 1989 removal of that leader, and subsequently affiliated with groups aiming to alleviate the effects of Communism in post-Ceausescu Romania, she has progressed through a literary evolution, from fearless rebel to wry commentator, to a poet whose work embodies a nation's emergence from oppression into an uncertain dawn. In her later work, there is something liberating in decay, a sense of personal progress thanks to, and against the backdrop of, ideological decline:

Old Angels
Old angels, stinking
With a rank smell in their humid feathers,In their thinning hair,Their skin peeling off in patches of psoriasis,Maps of terrifyingUnknown lands,Furrowed, scored, and scratched.Too sad to bring good news,Too thin to wield the sword of fire,They sink half-asleep into the earth,Like seeds being plantedIn the rheumatic joints of wings,Deeper and deeper in the ground,Older and older, more and more human . . .

...and at times purely transcendent:


I Glide, I Glide

I am the first of men to grow old
Beneath these burning skies.
Alone I discover,
With no one here to help me,
The tremendous surprise
Of a body that is mine
But is being left behind,
Like a devastated shore,
While I glide
On, glide on above the waves
Until I see myself no more. 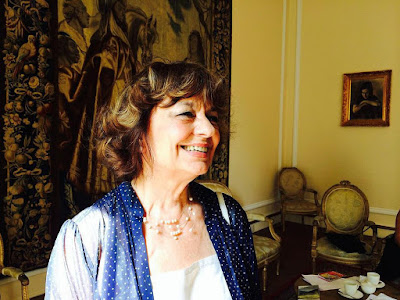 But I also detect a sense of personal loss in the poetry of Ana Blandiana, and of the timeless disconnection prevalent among poets or artistic people, perhaps at times of uncertainty or of not fully understanding the freedoms we enjoy for the brief times that we enjoy them, a feeling of confusion or of alienation, the loneliness which only increases in proportion to the numbers of people with whom one finds ones self, a sense of not belonging in a society one does not understand, with which I can myself identify, and which I suspect carries a great resonance for many other people.


I’ve never figured out what world I live in.
I rode on a horse as young and as happy as I.
When he galloped I could feel his heartbeat
Against my thighs
And my heart pounded, unquenchable, with the speed.
Everything flashing by, I didn’t even notice
That my saddle was resting
On the bones of a horse
That was rapidly falling to pieces on the trailAnd that I was still riding
On a young horse made of air
In a century that wasn’t my own anymore. 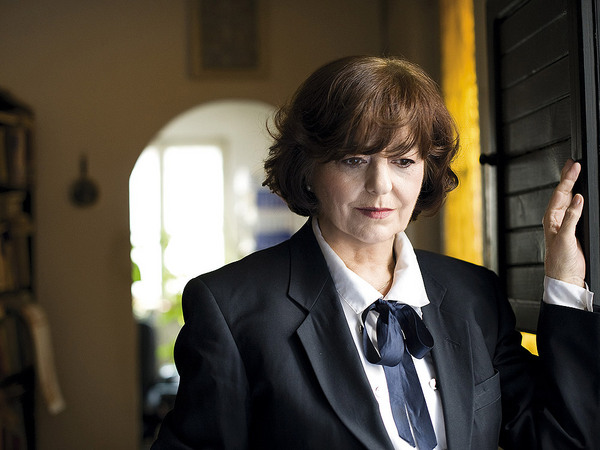 Posted by Caterpillar Poetry at 01:13