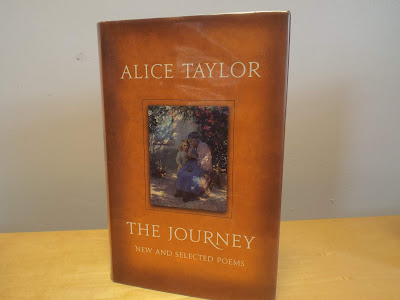 The brief, sensitive verses of Irish poet Alice Taylor's collection The Journey (The O'Brien Press 2010) offer indirect but empathic responses to loss, framed in glances at the natural world. Discovering them three months after my father's death, I have found many of the poems to make subtly therapeutic reading, while others pull no punches in their commentaries on grief.

From my inner grove
A deep-rooted tree
Has been dragged up
A gaping chasm
Remains.
Where I once stood
Beneath sheltering branches,
A weeping hole
Pours black tears
From my morning
Down through my day.

Comprising poems written and published over several decades, The Journey is thus a sort of Selected Poems, but they seem to have been sequenced in such a way as to sketch an honest representation of the poet's losses, being both stark and subtle, dark and quietly restorative, but ever sentimental:

Let me creep down
A brown burrow,
Down into the
Quiet womb of earth.
Deep down there
Is only silence.
Down, down,
Where velvet darkness
Clothes the ragged mind
In a shawl of gentle stillness.

Born in County Cork, Alice Taylor grew up on a farm, and much of her work is underscored by observations of agricultural life, the ways of the countryside, and the workings of nature, which are somehow reflective without seeming passive - indeed, one really gets the sense of a poet of whom that over-used accolade, "at one with nature," is entirely just:

There is something Heaney-esque in the lines above, outlining the mechanics of physical activity, while in poems like Morning Cobwebs a reverence for the mysterious charms of the wider environment is distilled:

Early morning
Pools of silver,
Each tree a halo
Of webbed stars
Holding hands
Of shimmering chains
Shrouded in veils
Of silver mist
Reflecting the nature
Of the night.

Alice Taylor's poems often seem to take place at night or early morning, those times of day when we are most alone, or free from the constraints of everyday responsibilities, when the mind might wander, on the margins of time.  The onset of a day brings shimmering reflections on the wonders of the wild world; the night in these poems is strangely comforting, a time for solitude.  It can also be a time when hidden hurts emerge, as in the acutely visual Dark Crevices:

This time around, however, the poet does not seek to further "burrow" into the seclusion of the dark.  The "quiet womb" which offered security in Shawls of Silence is not escaped to at the conclusion of this surprisingly cathartic, story-like poem:


In the morning
I must crawl
Out from under
A black blanket,
Let the light
Into my mind
And the sun
Dilute the darkness.

In its understated way, the poem reminds me of Ecclesiastes. It is not a detailed story of recovery or the process of healing. It offers no practical solutions or suggestions.  It does not venture to suggest any sort of permanence. It is simply a straightforward, but beautiful, account of gentle resilience, with a grain of hope. 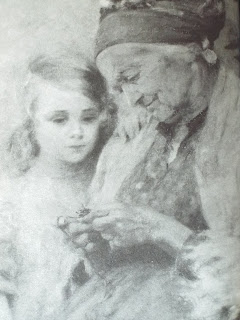 Alice Taylor's poems are unpretentious, simple without being simplistic, minimal without feeling cold, and softly charged with a powerful current of understanding, empathy, and compassion. 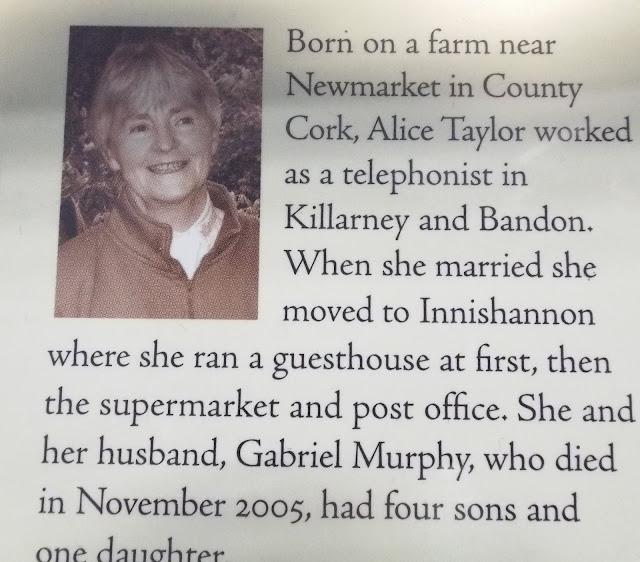 Posted by Caterpillar Poetry at 00:03 No comments: