Today marks 200 years since the birth of Emily Bronte. 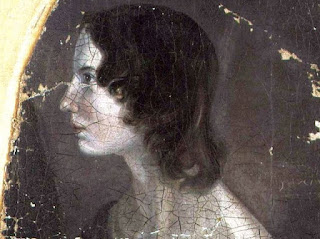 It seems strange to reflect that six months ago I had planned a whole raft of activities to commemorate this prestigious bicentenary, from live talks to library events,  publications to radio recordings.  I did indeed begin the year with a talk about Emily including some readings from her poems, at Morley Library.  But 2018 has not turned out the way I had hoped, with the death of my father, and a subsequent tally of losses, family illnesses and personal troubles casting one shadow after another as the months have racked up, all of which have put paid to my initial hopes.  So it has happened that my marking of this momentous birthday has been more private than originally envisaged.  Nonetheless, I shall still pay a visit to her birthplace, and the famous Haworth home at which Emily Bronte's great novel Wuthering Heights was written. 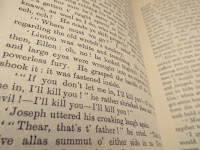 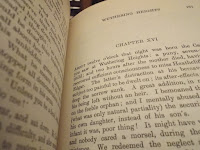 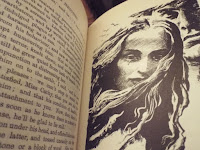 Both Thornton, the Bronte birthplace, and Haworth Parsonage, have been regular haunts of mine, as I have visited in the course of making my film about Branwell, or simply for interest, and have for one reason or another become like places of pilgrimage through my last few years - as has the moorland pinnacle of Top Withens, a ruined farmhouse reputed to be at least one of the inspirations for Wuthering Heights.

There have been many celebrations and commissioned works to acknowledge and celebrate Emily's bicentenary.  But with all of the above in mind, my own tribute to Emily Bronte takes the simple form of reproducing the following three poems, three of my personal favourites which I often read and quoted from in delivering my talks about the Brontes with Caroline Lamb, and which over the years have brought me considerable fulfillment and comfort.  Happy birthday, Emily.

All down the mountain sides, wild forest lending
One mighty voice to the life-giving wind;
Rivers their banks in the jubilee rending,
Fast through the valleys a reckless course wending,
Wider and deeper their waters extending,
Leaving a desolate desert behind.
Shining and lowering and swelling and dying,
Changing for ever from midnight to noon;
Roaring like thunder, like soft music sighing,
Shadows on shadows advancing and flying,
Lightning-bright flashes the deep gloom defying,
Coming as swiftly and fading as soon. 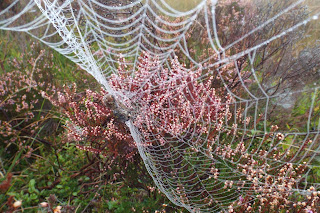 Long ago the hopeless peasant ⁠
Left his sheep all buried there,
Sheep that through the summer pleasant ⁠
He had watched with tend'rest care.

Now no more a cheerful ranger ⁠
Following pathways known of yore
Sad he stood, a wild-eyed stranger, ⁠
On his own unbounded moor. 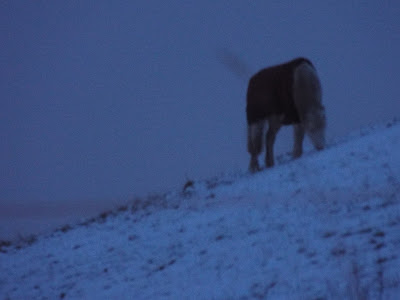 Cold in the earth — and the deep snow piled above thee,
Far, far removed, cold in the dreary grave!
Have I forgot, my only love, to love thee,
Severed at last by Time’s all-severing wave?

Now, when alone, do my thoughts no longer hover
Over the mountains, on that northern shore;
Resting their wings where heath and fern-leaves cover
That noble heart for ever, ever more?

Cold in the earth – and fifteen wild Decembers
From these brown hills have melted into spring:
Faithful, indeed, is the spirit that remembers
After such years of change and suffering!

Sweet Love of youth, forgive, if I forget thee
While the world’s tide is bearing me along;
Other desires and other hopes beset me,
Hopes which obscure, but cannot do thee wrong!

But when the days of golden dreams had perished,
And even Despair was powerless to destroy,
Then did I learn how existence could be cherished,
Strengthened, and fed without the aid of joy.

Then did I check the tears of useless passion –
Weaned my young soul from yearning after thine;
Sternly denied its burning wish to hasten
Down to that tomb already more than mine.

And even yet, I dare not let it languish,
Dare not indulge in memory’s rapturous pain;
Once drinking deep of that divinest anguish,
How could I seek the empty world again?

Posted by Caterpillar Poetry at 01:25 No comments:

Stitching Time - in the Poetry of Sudeep Sen 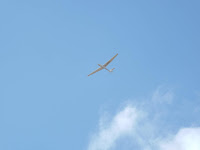 Its twenty five years since I last traveled by aeroplane, yet the powerful sensations of change, of migratory transitions, of a widening, or shrinking, sense of one's own place in the context of an enormous planetary jumble, is still a very clear memory, evoked acutely by a recent re-reading of Flying Home,  a poem by Indian writer Sudeep Sen.

Flying Home contains both memorable images of flying its self - the unpredictable lumps and hollows of a sky and the patchwork quilt of aeroplane lines - with a testament to the emancipation of flying free and leaving the phenomenon of alternate time zones and realities.

I meticulously stitch time through embroidered sky, the poet tells us, explaining how:

I am going home once again from another
home, escaping the weave of one reality into another. 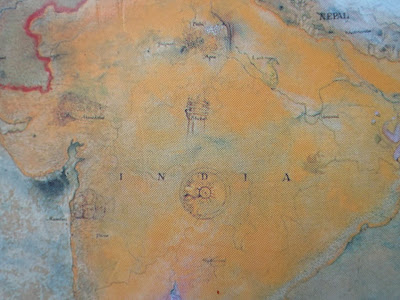 In my case, the flight was across the short stretch of the Atlantic separating England from Ireland, while for Sudeep Sen, the journey described is a much longer one, from England to India, yet, having found myself, for various reasons, lately undertaking different journeys back into my own past, retracing former steps and having reason to revisit the sites of former schools, I feel a sense of connection with Sudeep's exchanging of realities, his nod to how the past gently reminds and stalls to confirm: my body is the step-son of my soul.

In the above lines, Sen suggests that our outward appearances convey only a semblance, second-hand, of our truer, inward feelings, located, for the poet, in the soul.  He goes further:

But what talk of soul and skin
in this day and age, such ephemeral things,

that cross-weave blood and breath
into clotted zones of true escape.

to stay buoyant, unpredictably in mid-air
amid pain, peace and belief: just like thin air

With its distinctions between formalities with the strength of natural instincts emphasized in clotted zones of true escape, the poem sketches a beautiful evocation of true freedom: of feelings and "flights of fancy" and the liberation of life above the world, where, free as a bird, the soul is unconstrained by human time zones and finds deliverance where another home is built / in free space vacuum.

The poem's strength lies in its metaphorizing of realities into aeroplane lines, with all of the ephemerality implied, and its author's neat yet somehow loose fitting arrangement of the lines into couplets, whose phrases hang over into the next, and whose brief descriptions of a drift through time perfectly distill the subjective nature of overlapping realities, time zones and the idea of places, roots and "home." 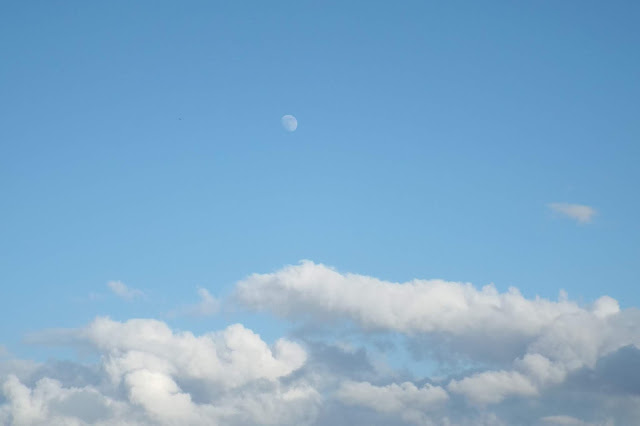 Posted by Caterpillar Poetry at 12:10 No comments: