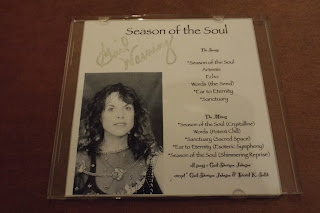 Gail lives in Miami; recording as Gail Warning, she has released two albums - Independent and Season of the Soul, which are both available on Amazon, cdbaby and elsewhere.  The pieces below have never been published before and were written at various points over the last few years.  From the second onwards they were uploaded onto this site in October 2015; the first piece is the latest upload, and was written three years ago in response to my describing to Gail one of my visits to the grave of Sylvia Plath in Heptonstall, West Yorks.
I am honoured to be publishing Gail's poetry.

They swagger in burning up

The floor between us

The criminal was caught

She's a purple kind of girl

she's got violets in her hair

dodging flags and ground to halt

always madder than a hatter

building shelters on the fault

she's been wary of the verdant

forest stripped of all its trees

and the blinding green awareness

of her petty jealousies

whiter than the avalanches

blacker than the ashen soot

grayer than all the confusion

covering her head to foot

sweet and succulent and tempting

gnarled and twisted, deep and stubborn

we could muse about the poets Edgar Alan and the rest

where the numbers match the letters of encoded destiny

pour the wax before the waning

join the latch and guard the key

treasure all in the safekeeping

where it burns eternally.